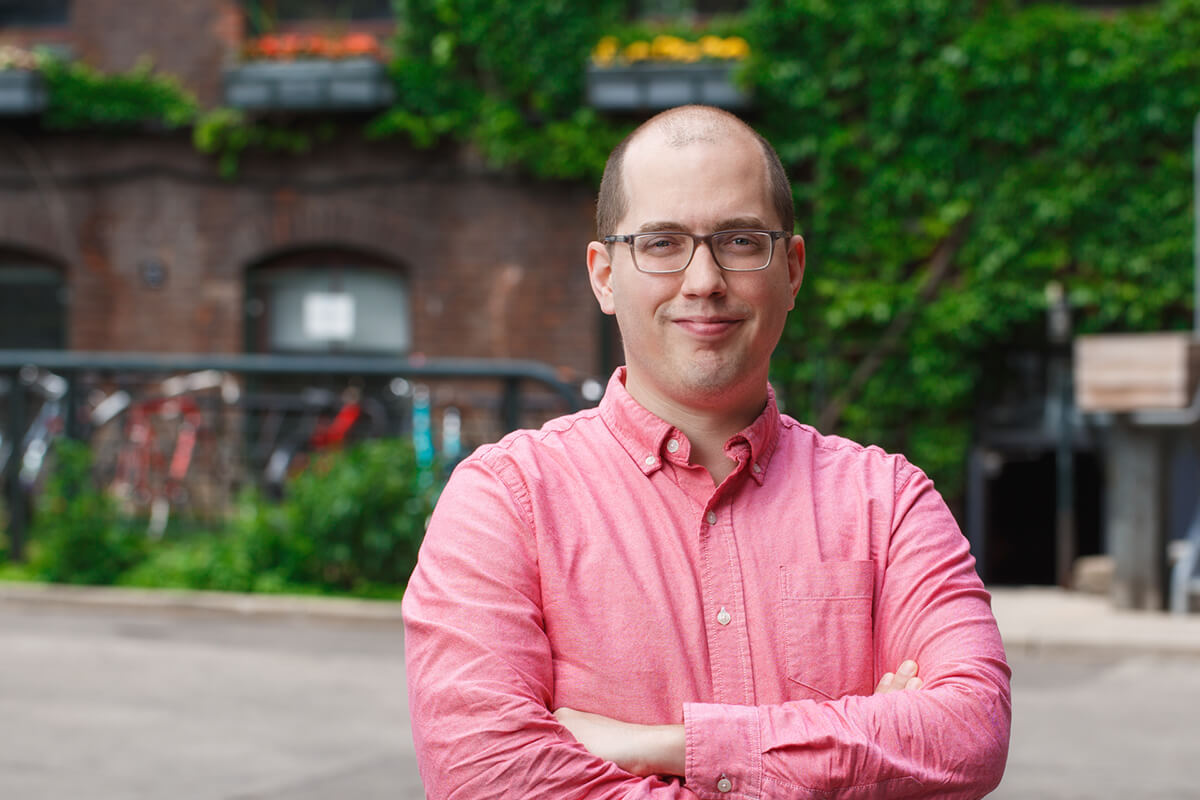 Behavioural Economics (BE) is a field of study that seeks to understand how people make decisions by examining psychological, behavioural, emotional, and social factors. Contrary to traditional theories of economics, BE says that people are irrational — meaning there is more to decision-making than simply providing accurate information and expecting people to act on it accordingly.

It’s not news to designers that people don’t always behave as self-reported. Understanding this is fundamental to our practice of uncovering insights through primary research and testing our designs by having users interact with prototypes. Rather than rely on self-reported assumptions, designers look to observe people’s natural behaviour in-situ.

Likewise, in BE the assumption is that people will not behave in the most “rational” manner. Dan Ariely, Professor of Psychology and Behavioral Economics at Duke University and the founder of The Center for Advanced Hindsight, wrote an entire book on the subject — Predictably Irrational. His favourite example of irrational behaviour? Texting and driving:

“Almost everybody admits they’ve done it, and it’s not about lack of knowledge. I’ve never had someone say they just didn’t know it was dangerous. I think this behaviour embodies the way we’re capable of doing things that can kill us without thinking about the long-term consequences.”

We worked with Ariely and the Center for Advanced Hindsight to explore how technology could play a role in transforming “borrowers into savers”. This collaboration was a crash course on the ins-and-outs of behavioural economics. We came out of this work with a unique perspective on how service designers can apply behavioural economics to drive behaviour change.

What are Behavioural Economics Principles?

Some of the most practical BE tools we use are “Behavioural Economics Principles”. These principles were compiled by economists to help make sense of irrational behaviour. Each principle describes at a high level how the majority of people will behave under specific circumstances. In practice, these principles can help you understand and modify current behaviour by leveraging relevant BE principles at the right moment of decision-making.

Think of BE principles as universal research insights that describe the underlying currents your users aren’t consciously aware of, but are driving their decisions. We use many BE principles in our work, but there are a few we come back to time and time again.

In the spirit of sharing, here are our top 5 behavioural economics principles for designers:

The first fact, number, or figure a person hears will bias their judgements and decisions down the line.

The Anchoring principle means that you need to be very careful about what you put in front of users, especially in the early stages of interactions. We see a classic example of this in used car sales. The initial price a buyer sees often sets their frame of reference, even if the listed price is higher than what is “legitimate”. Anchored by this number, the buyer sees anything below that as being a good price, even if it’s higher than what they might see offered elsewhere.

Anchoring is one of the most difficult behavioural economics principles to overcome — even anticipating that it’s going to happen isn’t enough to shift your mindset.

Putting it into action: Be very deliberate about the first fact or number you put in front of users. Consider how they might use that figure to anchor subsequent decisions.

People tend to choose the easiest option to avoid complex decisions. Defaults provide a cognitive shortcut and signal what people are supposed to do.

People don’t like to disrupt the status quo — it’s easier and more comfortable to stick to what we already know. This makes the selection of “default” options one of the most important choices you can make. When setting user defaults, you provide a cognitive shortcut that signals what people are supposed to do. One of the most prominent examples of this comes from a study on organ donation.

Johnson & Goldstein wanted to better understand why there was a shortage of organ donations — is it a problem with education around donation? Or perhaps because there is no financial incentive to donate?

In reality, the issue isn’t that people don’t want to donate to those in need. The Canadian Transplant Society finds that over 90% of Canadians support organ and tissue donation, but less than 20% have made plans to donate. So, if the public supports organ donation, why are actual donation numbers so low? 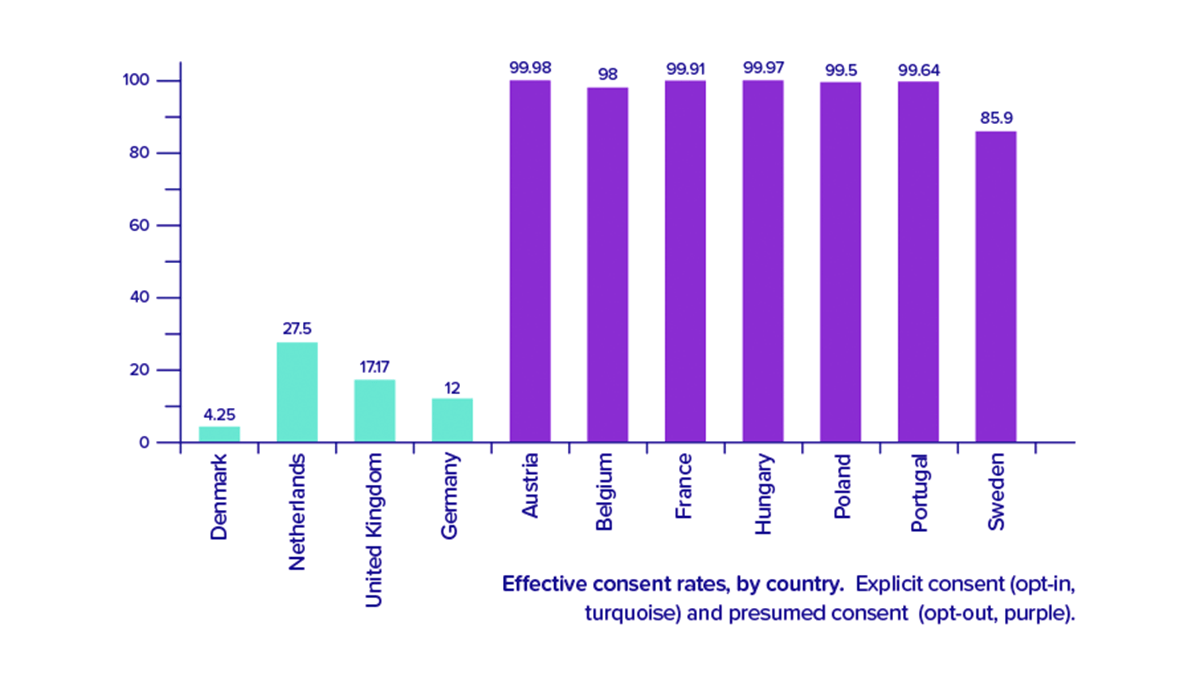 Defaults are one of the most powerful tools you have in your belt, so be very thoughtful about what options you pre-select for your user.

Putting it into action: Set the default to the favoured outcome you want the user to take. Your defaults will lead the user down the path to your ideal result if they are uncertain of which decision to make.

People can be deterred from taking action by seemingly small barriers.

Friction costs are the little speed bumps that people hit when engaging with a service. Is it easier to pay with cash or credit? What’s more convenient to reach for, the healthy food or the junk? Is it easier for the user to get where they want to go, or just quit the process entirely? These are the types of questions you can ask when deciding where you want to nudge users.

People who are worried they have fallen off track don’t want to know how they’re doing.

The Ostrich Effect became a prominent term in the finance world in 2005, when Dan Galai and Orly Sade defined it as “the avoidance of apparently risky financial situations by pretending they do not exist”.

Galai and Sade used this principle to describe irrational investors who actively avoided receiving information on potential losses to their funds. If the markets were good, investors would diligently look for information on their investments. If they suspected poor performance, investors preferred to ignore the news and checked in on the performance of their holdings less often.

When it comes to design, this means that users who are worried they have fallen off the correct path tend to deny or dismiss their situation. When your user sees too many red flags or warning bells they may ignore them all and push on rather than correcting course. When this happens they’re not dealing with the problematic path they’re stumbling down and likely not moving towards the desired behaviour.

Putting it into action: Build guardrails to help users stay on track and avoid running off course. Make course correction as easy as possible to accommodate users, knowing they’ll likely be in avoidance/ostrich mode.

“If your friends jumped off a bridge, would you?” We’ve all heard it from our parents growing up, and behavioural economics indicates this is for a good reason. The Social Proof principle is this idea in action.

Social Proof goes beyond just wanting to fit in — there’s also an element of security involved in following the pack. When someone is unsure of what to do, they’ll follow the crowd, assuming that the most travelled path is the best one to take.

An American hotel put the effects of Social Proof to the test in 2008. Researchers wanted to find a way to nudge hotel guests to reuse towels more often, cutting back on the environmental impact of bleaching and cleaning hundreds of big, white, fluffy towels.

The execution was simple and elegant, using only a sign placed in the washrooms. Which sign do you think had the most significant impact?

“Help save the environment by reusing your towels during your stay”

“Join your fellow guests in saving the environment. The majority of guests in this room reuse their towels”

Appealing to the guests’ need to fit in socially in the second option lead to 44% of guests reusing towels — significantly higher than the industry standard.

Putting it into action: Normalize the behaviour or action you’re trying to achieve by presenting it as the social norm. Back up your claim with data to prove its validity and invite the user to participate as part of the majority. Recognize situations where it’s more useful to appeal to people’s norming behaviours over semi-abstract concepts like “saving the environment”.

While we find that these five behavioural economics principles are among the most useful for service and experience designers, there are many others to help you in your work. Dive into the world of BE, and let us know if you find any principles that are especially relevant to you. We would love to hear about your experience using BE principles!

Visit toolkit.bridgeable.com to download our Designing for Behaviour Change Toolkit and learn how to apply BE and impact positive behaviour change.

Visit toolkit.bridgeable.com to download our Designing for Behaviour Change Toolkit and learn how to apply BE and impact positive behaviour change.

Kyle is passionate about finding the right message for the right audience.