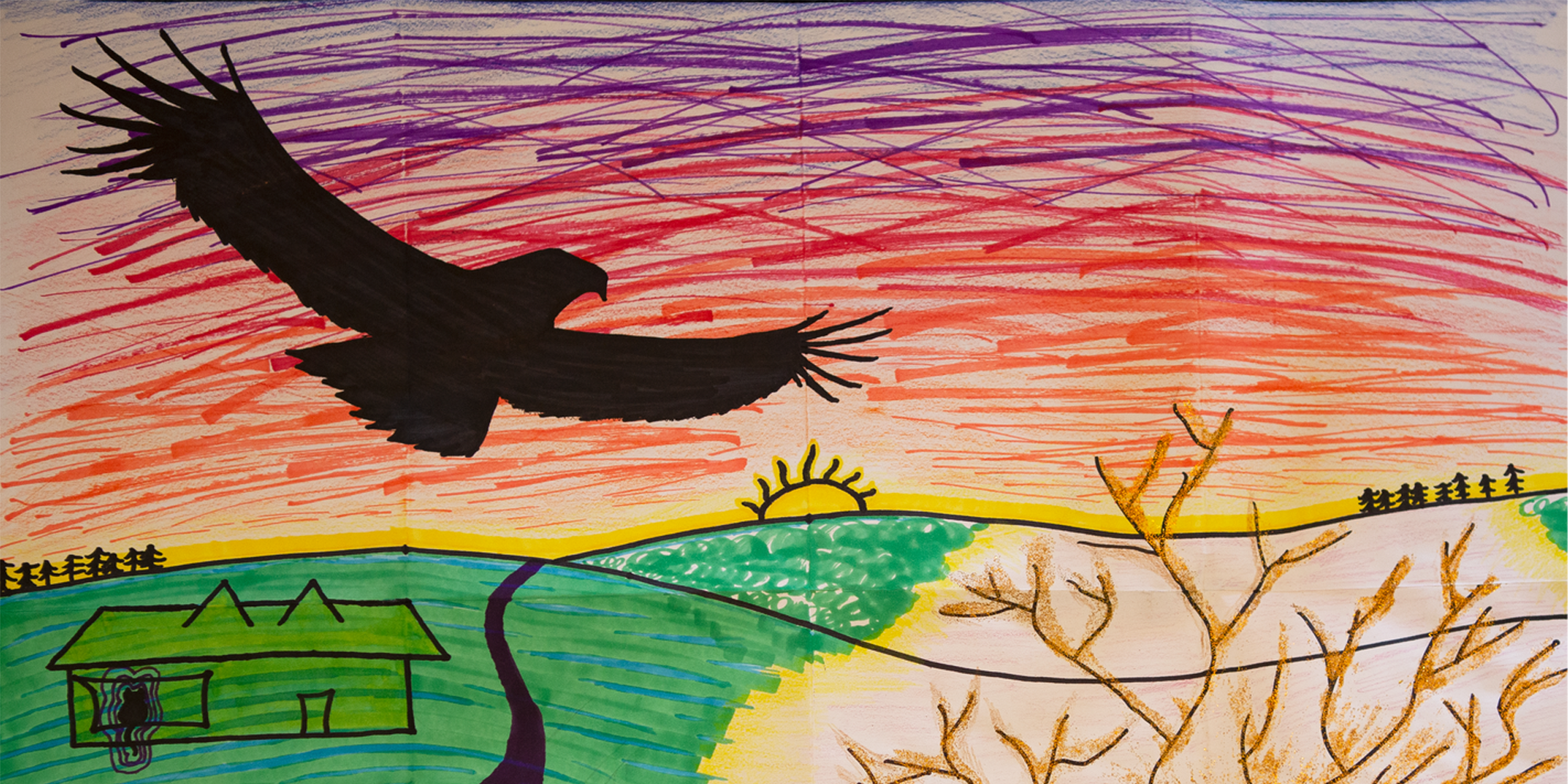 Design research and the art of self-expression 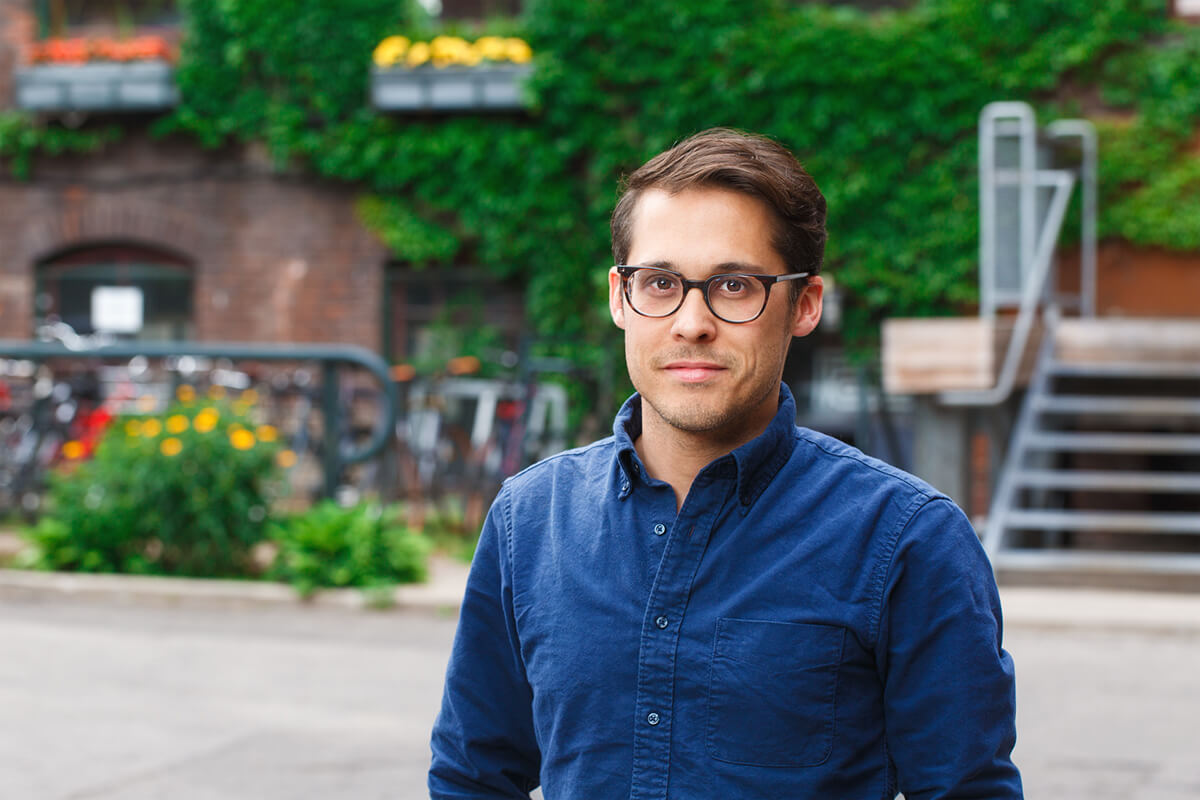 Watch what happens when you dump a bunch of craft supplies onto a table and ask people to make something. You’ll get a few blanks stares at first. Some people will say, “I’m not artistic.” Give it a few minutes, though; people won’t be able to resist the urge to rifle through the curious collection of materials that lies in front of them. They’ll dive in, cutting shapes from scraps of construction paper, gluing sequins on pieces of felt, or sketching ideas with fluorescent pencil crayons. There is something about making things with your hands that feels satisfying. It’s also a liberating social act.

For author, sociologist and avid maker David Gauntlett, that’s partly because making is a social practice that connects people to each other, the world, and the materials they use to make things. As Canada Research Chair in Creative Innovation and Leadership at Ryerson University, Gauntlett studies why people make things and why they find these practices so pleasurable. In the second edition of Making is Connecting, he examines how and why people make. People make things for sentimental reasons, such as knitting a blanket for a loved one to mark a special occasion. Making can also be used to bring awareness to political issues. The work of Toronto-based feminist and queer game collective Dames Making Game, for instance, uses game design as a form of social activism. More often than not, making is done just for the sheer excitement that comes from putting things in your hands to see what happens.

Making things with your hands produces a different kind of knowledge about the world—knowledge that philosopher Maurice Merleau-Ponty described as “embodied.” This means our minds (how we think) and bodies (how we act) cannot be separated from one another. For instance, when we think of ideas, we’re also using our body to some extent. We draw upon the knowledge of how our body interacts with the world—through touch, smell, taste, and hearing—to inform our thoughts, feelings, and how we express ourselves in our everyday lives.

For researchers, accessing this particular type of knowledge is important because it can reveal people’s, patterns, rituals, habits, and behaviours. In other words, how do people act in the world? This is even more important when working with communities and cultures that value art and making as sources of knowledge in their own right. But the research methods that have historically been used to document lived experience––interviews, observations, and focus groups, for instance––are not always well suited to capturing the subtleties, nuances, and cultural overtones that art can be used to represent. It’s for that reason that researchers like Gauntlett are turning to arts-based or arts-informed research practices. As he states, “It’s not ‘just’ methodology—it’s all about how we gather and develop knowledge about the social world: the very heart of social science.” This is an important perspective to consider when working with historically marginalized communities, such as youth who have experienced homelessness, because the traditional research process can be reframed as a reciprocal exchange of knowledge between partners, as opposed to an extractive process that results in knowledge being produced about research subjects.

Design researchers have long been aware of the potential of making as a form of knowledge production. This is well illustrated in the work of Liz Sanders, who has spent more than two decades researching and writing about what she terms “generative research.” In her book Convivial Toolbox, she argues that to understand people’s wishes, dreams, and desires, researchers need to use a combination of making, doing, and thinking activities (PDF). Like Gauntlett, she argues that making things with your hands and with other people can unlock latent and tacit knowledge—knowledge that can’t be accessed by talking to people or by observing them in their everyday environment. Generative design research methods, such as cultural probes, participatory workshops, and prototyping, are good at identifying unmet needs in the context of designing products and services; however, they fall short when it comes to understanding how people define themselves as social actors.

When doing design research with marginalized communities, a combination of arts-based and design methods can result in richer accounts of people’s lived experiences, while simultaneously giving something back to research participants—both in terms of the artwork they produce and the supplies needed to make the art. The act of art-making can also expose research participants to new forms of self-expression that they may not have otherwise been aware of.

In a current project with youth in Hamilton who have experienced homelessness, we opted to use an arts-based approach because it offered a platform for youth self-expression.

We began by distributing storytelling kits to participating youth. These included a variety of traditional art supplies, such as pencils, markers, and paint, along with craft materials. Participants were asked to create a life mural that depicted what “home” meant to them using the materials enclosed in the kit and any other objects from their personal environment. As they created their mural, the youth were asked to record their thoughts and feelings in a journal. Once complete, each participant walked the research team through their mural, describing symbols, themes, and iconography that signified “home.”

This approach proved useful in helping break down the traditional researcher/research subject hierarchy that often emerges in the course of a project. It also, in keeping with Gauntlett’s theories, transformed the interview dialogue from one in which a researcher asks a series of questions, to a social encounter rooted in a mutual exchange of knowledge. Because the interview began with each youth walking the research team through their mural, participants were able to take on a lead role in deciding what was in and out of the scope of the conversation.

Reflecting on the process, we have distilled some important lessons for anyone who is considering taking an arts-based approach for their next human-centred design project:

If making is connecting, as Gauntlett claims, then art-making has a rightful place in the traditional social science research toolkit. As a platform for self-expression, art practices can foster deeper connections between research participants and researchers, fostering a more human approach to research.

Chad is a passionate researcher and strategist who blends theory and practice.