“Five questions with …” is our chance to get to know our alumni a little better. We caught up with Bridgeable alumnus Beatrice Armstrong to talk about life after Bridgeable. 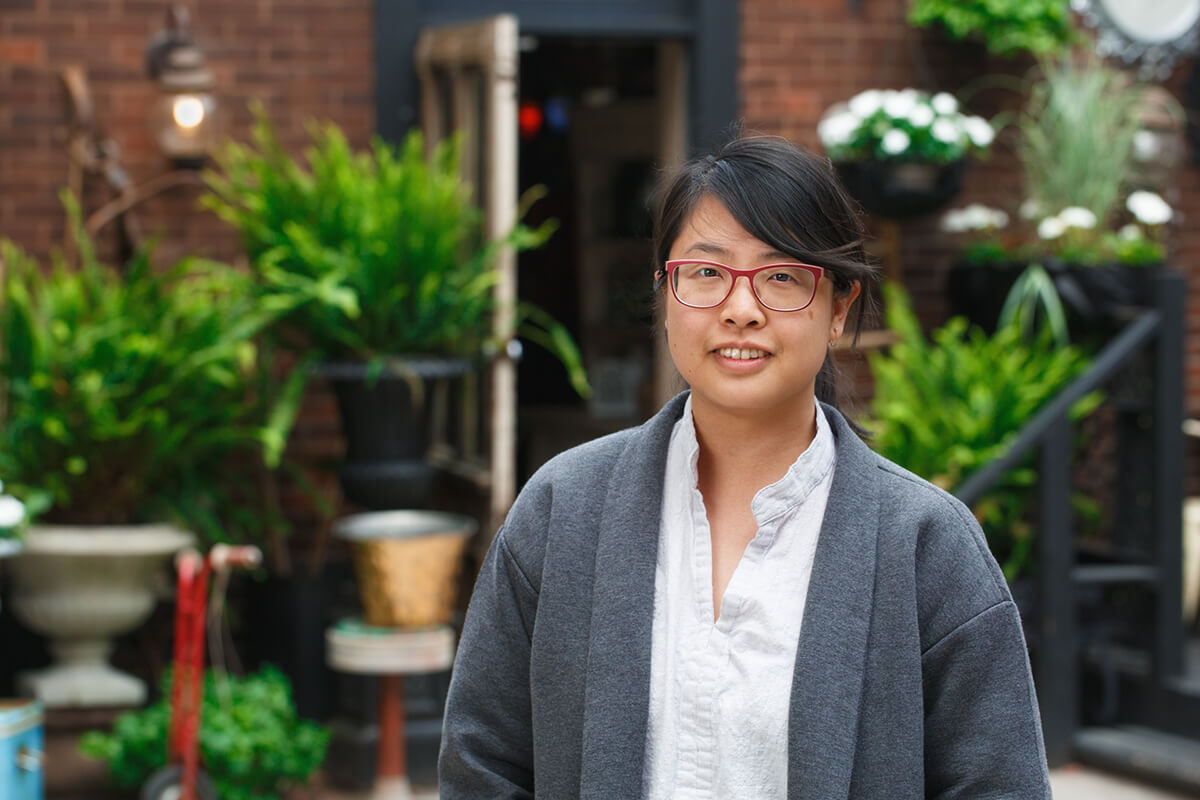 What’s the most interesting thing you’ve done professionally since leaving Bridgeable?
The most interesting thing I’ve done since leaving Bridgeable is embarking on a journey in acting and film. I’m learning a lot about storytelling and humour and have found a new level of curiosity about people. So far, I’ve had the opportunity to explore some interesting roles, including Jenny from Annie Baker’s John and Alma from Tennessee Williams’ Summer and Smoke. I’ve also done some short films. The job that most people like to hear about is probably the 15-second Coors Light commercial I got to be in!

What human-centred innovations are you most excited about?
I don’t know if this counts, but I’ve been really heartened by the creative things people have been doing to connect in this strange new world of physical distancing, self-isolation, and quarantining. Popular apps like Zoom, Houseparty, Netflix Party, and the like are allowing people to connect all over the world, for all kinds of reasons. My favourite so far are the programs that allow people to “adopt” a senior by calling and checking in on them. One day, those of us who are lucky enough will live to be that age, too.

What’s the most pressing problem you’d like to see solved by service design in the next 10 years?
Actually, two spring to mind. The first most pressing is pollution and WASTE. Mostly from transportation, shipping and packaging—and disposable PPE. There’s probably so much in the supply chain that is stuck on archaic relationships and operations that service design could help overhaul. The second is probably automation and the introduction of AI into the arts (look up Lil Miquela). I’m not sure how to articulate the breadth of the “problem”—but how do people adjust, fit in, and thrive in such a future?

What is one small change each of us can make in our daily lives to make the world a more human place?
I would say it’s to be less judgemental and learn to see people as individuals. What are they not saying? How do they hold themselves? What are they struggling with this very second? It’s so easy to take people at face value and form convenient but often incomplete ideas about them.

We’re looking for alumni to feature in future instalments of “Five questions with …”! Please get in touch if you’re interested in taking part.